Apply for This Job

Offworld Industries is the independent studio behind the successful military first-person shooter “Squad”. OWI was formed in 2014 by more than 15 developers who had worked together on the well-known Project Reality mod for Battlefield 2. The founding purpose of the team was to bring a standalone successor of this acclaimed mod to market and build that game development, a studio, and livelihood from that foundation - whilst continuing the culture of a creative development environment. OWI is headquartered in New Westminster, British Columbia, and is composed of both full-timers and part-timers spread out throughout the world. More recently OWI has been expanding its studio into both serving as a publisher supporting mods or promising teams who are in the same position Offworld’s developers were in the past, as well as a technology provider building a framework for character-based multiplayer games based in UE4 to dramatically lower the cost of production for both internally developed and externally published titles.

You can find out more about both projects we are working on:

As a Lead Game Programmer, your job will be to serve as a leader, mentor, role model, and primary contributor on your programming team.

As a leader, you should be supportive of the members of the programming team, listening and responding to their ideas and concerns, while also assuming responsibility for anything programming related, and taking the initiative when you know something needs to get done.

As a mentor, you should be able to recognize teaching opportunities for other programmers when they arise, and be willing to guide team members to successful outcomes, both inside and outside programming.

As a role model, you should hold yourself to a high standard and be comfortable setting a good example for the other members of the team.

As a primary contributor, you should be a proactive member in both the design and development processes, who is able to drive the delivery of major systems, difficult features, and serious bug fixes.

This is a full-time permanent position based in our Vancouver office, located in the heart of New Westminster, BC. This role offers a competitive salary, industry leading benefits package, a great vacation policy, core-working hours and most of all, wonderful people to work with! 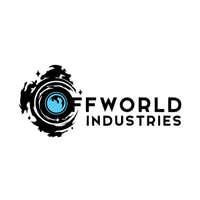 A group of video game developers originating from the acclaimed Battlefield 2 modification, Project Reality, working on it's spiritual successor, Squad.